“Through his foundation, ‘Stop War, Start Tennis’, Aisam-Ul-Haq Qureshi is donating five tennis wheelchairs to Iraq. Donations have already been made this year to Sri Lanka and Cambodia, with Pakistan and Syria due to receive wheelchairs too…”

I know that if I was in a wheelchair in a sweltering war-torn area where participating in anything perceived as Western makes one a target, I would say “Hell yeah!” if someone asked, “Anyone for tennis?”

Is it possible that a mere five is too many?

The SMSM (Sentimental Mainstream Media) celebrates this “blessing.”  I will probably never give birth, but logic tells me that having twins would be approximately twice as painful as pushing out one.  I spoke with Mrs. R-Fed recently–we go way back–and she revealed that she was not at all happy about this.

“Thanks a lot ‘Mr. Greatest of All Time.’  I’ve not only got to do the most painful thing I’ve ever done–AGAIN!–but then have to raise these fucking kids alone.  Because what will he be doing?  Travelling around the world, playing a stupid game.

“The first time I was understanding.  I said, ‘Honey, I know you’re a grass court specialist and all, but stop driving your ball so deep into mine!  Why don’t you focus on the clay more?’

“This time, I said he had two options:  either he works on his stroke more, or take some lessons from his good friend Tiger.  If not, we’re Wimble-done.

“And I know someone who knows what I want.”

Charlie Strong won’t allow his players to throw up the ‘hook ’em horns’ yet
By Sam Cooper 3.26.2014 Dr. Saturday

From the Satanic Bible
S

He’s in Russia, so his communist tendencies are just manifesting themselves through his red eyes.
He did gush about this Soviet image:

WILLIAMSPORT • “For the time being, a female seventh-grader in the Line Mountain School District may continue to be a member of the previously all-male junior high wrestling team…”

Certain European members and the US have floated the idea of a blanket giveaway to the traditionalist fans of the name as it is.  A Redskins fan scoffed, saying, “No fuckin’ way we’re falling for that again!”

Maybe if they’re successful, they could defuse the tension between these two groups:

“…Balls are rubbed ‘vigorously’ for 45 minutes, scoured with a wet towel until thoroughly sodden, brushed, and then spun on a wheel to prepare them for another ‘high-speed scrubbing.’

“…Joe Skiba says ‘no one is allowed to touch those balls. They’re precious jewels’…”

I always detected a slight taint, if you will, of homoeroticism in purportedly macho endeavors.  All this attention that other men pay to Manning’s family jewels does not discourage this notion.

And Bobby’s Mama was right, 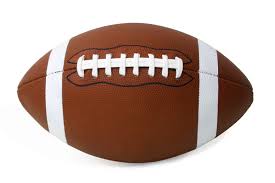 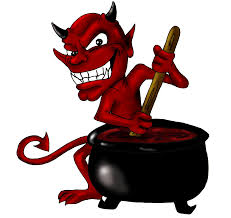 If you thought he was incompetent before, these were cross country runners.  They weren’t running on roads.  I think good old Wile E. needs help.

As reported by the Arizona Republic and Runners World, among other outlets, a coyote jumped into the middle of the race course between the two front runners during the AIA championship race at Cave Creek Golf Course in Phoenix. According to Runners World, at one point the coyote nearly pulled even with the race leader, Catalina Foothills High (Phoenix) senior Harvey Nelson…”

Frank Schwab  Shutdown Corner
“Whitner said he’s changing his name to Donte Hitner. He has been pushing the #LegalHitner hashtag on Twitter (complete with T-shirts bearing the phrase) as the NFL tries to crack down on his hard-hitting style.”
All the Jewish football players are terrified.

And the Poles aren’t that thrilled either.

O.J. Simpson gets busted in prison for trying to sneak oatmeal cookies back to his cell

This is progress for The Juice.  He devolved from murder to armed robbery to stealing cookies.  I predict his next escapade will be something along the lines of failing to return the prison library’s books on time.