PHILADELPHIA (AP)— “You’re a 16th century German prince plotting to crush a peasant rebellion, or perhaps you’re leading an army against the Ottoman Empire or looking to settle the score with a rival nobleman. What’s a guy looking for a tactical edge to do?

“Bring on the rocket cats!

“Fanciful illustrations from a circa-1530 manual on artillery and siege warfare seem to show jet packs strapped to the backs of cats and doves, with the German-language text helpfully advising military commanders to use them to ‘set fire to a castle or city which you can’t get at otherwise’…”

In sexual terms, some women figuratively throw their pussies at you, some launch them.

Reaction has been mixed.  A SAD (Straights And Dykes) spokesperson called the policy discriminatory, further noting that it will not affect pregnancy rates.

Rapists unanimously opposed the idea.  A burly Hell’s Angel who went by the moniker “Rough Rider Randy” commented, “They know what they’re getting into,” then added with a chuckle, “or I should say I do.”

Pretty boys and guys with sentences of less than five years were generally supportive, particularly the former.

WILLIAMSPORT • “For the time being, a female seventh-grader in the Line Mountain School District may continue to be a member of the previously all-male junior high wrestling team…”

“The federal government is stretching your tax dollars — in search of the perfect condom.

“The National Institutes of Health will spend $224,863 to test 95 “custom-fitted” condoms so every American man can choose the one that fits just right.

“The study was prompted by concern that despite the wide-scale promotion of latex condoms to help prevent the spread of HIV, their use remains “disappointingly low,” the government said…” 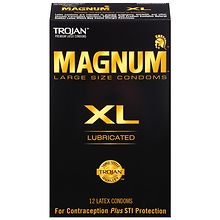 I mean, for regular guys; not studs like me, of course.

Mom to college-age son: Have girls text ‘yes’ before sex to avoid false rape charge. Has it come to this?

“Roxanne Jones, founding editor of ESPN The Magazine and a former vice president at ESPN, has some interesting advice for her son in college. After arming her son with 300 condoms, the national lecturer on sports, entertainment and women’s topics wants him to have the young women he plans to have sex with text a ‘yes’ to the act before they do the deed. All this to avoid a false rape charge…”
This is so romantic, and I cannot in any way imagine it being disruptive to the mood.  Even better, why not post the news on Twitter and Facebook, with the man updating his page on the latter with something like, “Gettin’ it in right now?”   Video might be nice as well.
What do you think?