Sarah Palin On Syria: ‘Let Allah Sort It Out’ (VIDEO)

“‘Until we have a commander in chief who knows what he is doing… let Allah sort it out!’ Palin told the conservative crowd, according to The Hill.”

This would be a bad political stratagem on Allah’s part, as it would merely encourage meddling by Shiva in India, which would further test Zoroaster’s patience in Iran.  Through a spokesperson, JHWH commented, “Oy vey.”  The reaction from Jesus Christ was less subdued.  “Me!” he is reported to have exclaimed to his aides. 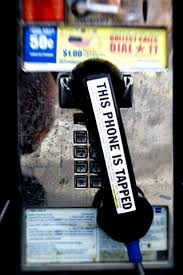 Where’d they find a payphone?!

James Lipton ‘not ashamed’ of being a pimp

As a philosophical Biblical scholar, I know the answer to the question from Jeremiah, “Can a leper change its spots?” is a resounding “No.”  As someone who is currently putting off doing productive work, I did some Internet sleuthing to divine whether Mr. Lipton had ever really left the profession.  As the transcripts from his 4.20.2013 interview with Holland Taylor reveal, I think he has actually expanded into pornography.

Here are some excerpts:

James Lipton:  Our guest tonight, Holland Taylor, is best known for her work on Bosom Buddies, The Practice, Two and a Half Men, and her play about Texas Governor Ann Richards, Ann: An Affectionate Portrait of Ann Richards, has yielded much critical acclaim.  Ms. Taylor, it’s an honor to have you on our show tonight.

Holland Taylor:  Thank you, James.  It’s great to see you again, and it’s great to be here.

JL:  Were you nervous playing Governor Richards?  She was quite a lady.

HT:  Yes she was.  Very compassionate and down-to-earth, but also a very domineering presence.

HT:  Yes, and I really admired the humility she showed when she lost her re-election bid to Bush.  As an artist, I really tried to tap into that spirit.

JL:  Trying to tap into a domineering woman having to surrender to Bush.  Yes, I like that concept.  Tell us about the gestalt involved in that.

HT:  I think one of my favorite actors to work with—and this is easy to say now because he’s become so big—was Tom Hanks.

JL:  Yes, I know for a fact that he is big.  And you’re referring, of course, to your work on Bosom Buddies.

HT:  My first love is the the-at-re, but it was the kind of commercial success that that show, you know, that the show brought that allowed me the freedom to do what I wanted, like more in a creative sense.

JL:  Have you had many “bosom buddies” in your wonderful life?  You seem very worldly.

HT:  Well, yes, I’ve had many intimate female friends over the years.

JL:  Wonderful!  Could you give us some details?  Who?

HT:  Geez, where to begin?  First and foremost, I guess, would be my mother, God bless her—

JL:  Kinky!  I’m picturing it right now, running the film through my cerebellum as we speak.

JL:  Oh, well sometimes you just have to chuck the script and go with the moment.

HT:  Well as an actor, I certainly know what you mean.  The profession, in a sense, is predicated on just kind of going with things.

JL:  Allowing yourself to be naked in front of strangers.  That’s essentially what you get paid for.  Is that a fair assessment?

HT:  Well, emotionally, yes, that’s what we do.

JL:  Could you please just come right out and say it?

HT:  When they approached me about doing Two and a Half Men, I was a tough sell at first.

JL:  Because you had never done two and a half men before?

JL:  Tell me about Charlie Sheen, about working with him.  We’ve all heard the stories.

HT:  Charlie was wonderful to work with!  I can’t emphasize that enough.  Very professional on the set.  Real hard worker.

HT:  He loves his work.  He’s passionate about it.

JL:  A stallion with lots of stamina, just ready to thrust himself fully into his work with utter abandon.

HT:  Wow, I mean, that’s some colorful language, James, but if you want to put it that way—

JL:  You’re damn right it’s my show and I shall conduct myself however I see fit!

[At this point, James Lipton appears ready to strike Holland Taylor, but he seems to rein in the urge.  She begins to squirm uncomfortably and look offstage at a producer.]

JL:  There was a lot of buzz when Miley Cyrus appeared on the show.  I’ve admired her work since her days on Hannah Montana.  I think with that show, she really began to mature, to blossom in the third season.  As an actress, of course.

HT:  Uh, I guess.  We really didn’t work together when she was on Two and a Half Men.

JL:  Well, that’s quite a stunning disappointment.  So you wouldn’t know anything about her dressing room, I take it?

JL:  I was just curious as to whether she had any piercings, I mean ones that aren’t visible when she’s on the Red Carpet.

HT:  With all due respect, I don’t know why we’re discussing matters like Miley Cyrus and the Red Carpet.

JL:  I don’t think she’s a natural blonde, while we’re on the subject.  Do you think–

JL:  Yes, I do think I shall retire to my dressing room post haste.  It’s been a pleasure interviewing you.  Holland Bosom, everyone.  A true legend.  Join us next peek.