“The dustup reportedly landed the real Trace Adkins in rehab. We imagine fake Trace Adkins is landing back in New Lenox some time or other…”

I don’t know which is more indicative of self-loathing:  drunkenly hitting a surrogate version of yourself, or being a Trace Adkins impersonator. 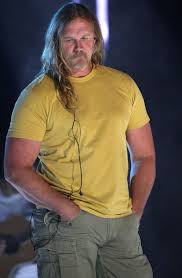 A Conversation with My Baltimore Friend Dan:
Dan is one of my strait-laced friends in this city, unlike some of the others I’ve written about in these posts.  As I was anticipating the arrival of some money, I began devising a budget and list of items to purchase.  Such planning is unusual for a freewheelin’ cat like myself (dude).
Me:  Help me think, Danielle.  What do I need most?  What am I always bitching about not having?
Dan:  And I guess the more stuff you can add to that list, that’s less money you’ll end up spending on alcohol.
Me:  Let’s not get carried away here.  I have to allocate some money for booze.  I’m eligible for my eight-day chip today, but I sense that my liver is starting to get a little too cocky.
Dan:  So you just want to remind it who’s in charge?
Me:  Right-o.
Dan:  How about underwear?
Me:  I can go without that.  Prefer to, actually.
I begin to sing a distorted and unaccompanied version of Tom Petty’s “Free Fallin’.”
Dan:  Uh, that’s TMI.