I made light of his recent travails on this blog about five weeks ago, but I am a Robin Williams fan.  Yet while reading of the outpouring of grief, it occurs to me what a shame it is that there are not more comedians in Iraq.  Or Afghanistan.  Or the Ukraine.  Or Burma (Myanmar).  Or…

BAGHDAD (AP) — “The Iraqi soldiers tell of how they can hardly live with the shame of their rout under the onslaught of the Islamic militants. Their commanders disappeared. Pleas for more ammunition went unanswered. Troops ran from post to post only to find them already taken by gunmen, forcing them to flee…”

“…one lieutenant-colonel who escaped the militants’ sweep over the northern city of Mosul told The Associated Press. ‘I am as broken and ashamed as a bride who is not a virgin on her wedding night’…”

An ISIS spokesman responded, “And we will kill you just like we would her.”

“…A patient identified only as ‘Mr. B,’ age 59, was referred to doctors at a hospital in the Netherlands for treatment of obsessive-compulsive disorder (OCD) from which he had suffered for 46 years.

“He had made little or no progress with conventional treatment. So, in 2006, he was treated with deep brain stimulation (DBS), better known for making life easier for patients with Parkinson’s disease, but also used for OCD…

“…Before long, however, Mr. B would only listen to Johnny Cash — ‘simply and solely’ to Johnny Cash, the authors reported. Nothing else. No more Dutch songs, Beatles or Rolling Stones. He went out and bought all of Johnny Cash’s CDs and DVDs…”

Facilitated by speed, he began spending up to 14 hours a day walking a line.

The Wall Street Journal By James R. Hagerty 5.6.14
“…last year she put a provision in her will granting $5,000 for a friend to use in caring for the plant…”
In a press conference, the plant directed some comments to people like this:

In the real West, an anti-government darling of people like myself apparently feels a nostalgia for the Old South:

In the contemporary South, some pols want a real “Wild West”:
Ga. governor signs ‘guns everywhere’ into law
Larry Copeland and Doug Richards, USA TODAY–April 23, 2014
Arm law-abiding citizens?  I think it would certainly be a good idea here in the mid-Atlantic city of Baltimore:

Associated Press–April 25, 2014
Ukraine crisis: West wants to ‘seize control’ – Russia
BBC–25 April 2014
While everyone in the Mideast always seems to be ginning for a fight:
Israel quits Mideast peace talks in protest

In this version, you face poverty; competition from agribusiness; environmental regulations; Monsanto; contempt from your kids; climate change; backbreaking work; natural disasters; pesticides; and you’re pretty sure the words “Zynga” and “Android” have something to do with the Antichrist.

National Journal: Is Vladimir Putin Coming for the North Pole Next?

No time for that, folks. 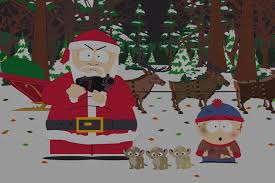 This is old hat in Baltimore.  Add Xanax to methadone, or perhaps combine other drugs, and remain frozen in place, bent over, without falling over.  I lump them all together as “the freeze drug.”  I don’t know how these people walk across the street, eat, or what allows them to get so plastered and remain standing.  With us drunks, we just fall over or pass out.  Watching these guys is like a suspenseful soap opera.

If engineers and architects could just apply their ability to skyscrapers, the death toll from earthquakes could nearly be eliminated.

Parents overdose on heroin at McDonald’s as kids, 5 and 8, play at restaurant’s PlayPlace: Outrage?

I’m outraged by this parental recklessness.  Those fast food play lands can be very unsafe.  This chain’s removal of the ball pits, prompted by the disappearance of 7-9 children every year, has not made the place safer. There are still the ongoing problems of fat kids getting stuck in the slides, haunted Grimace figures that come to life, and irate staff members who are awaken from their naps.